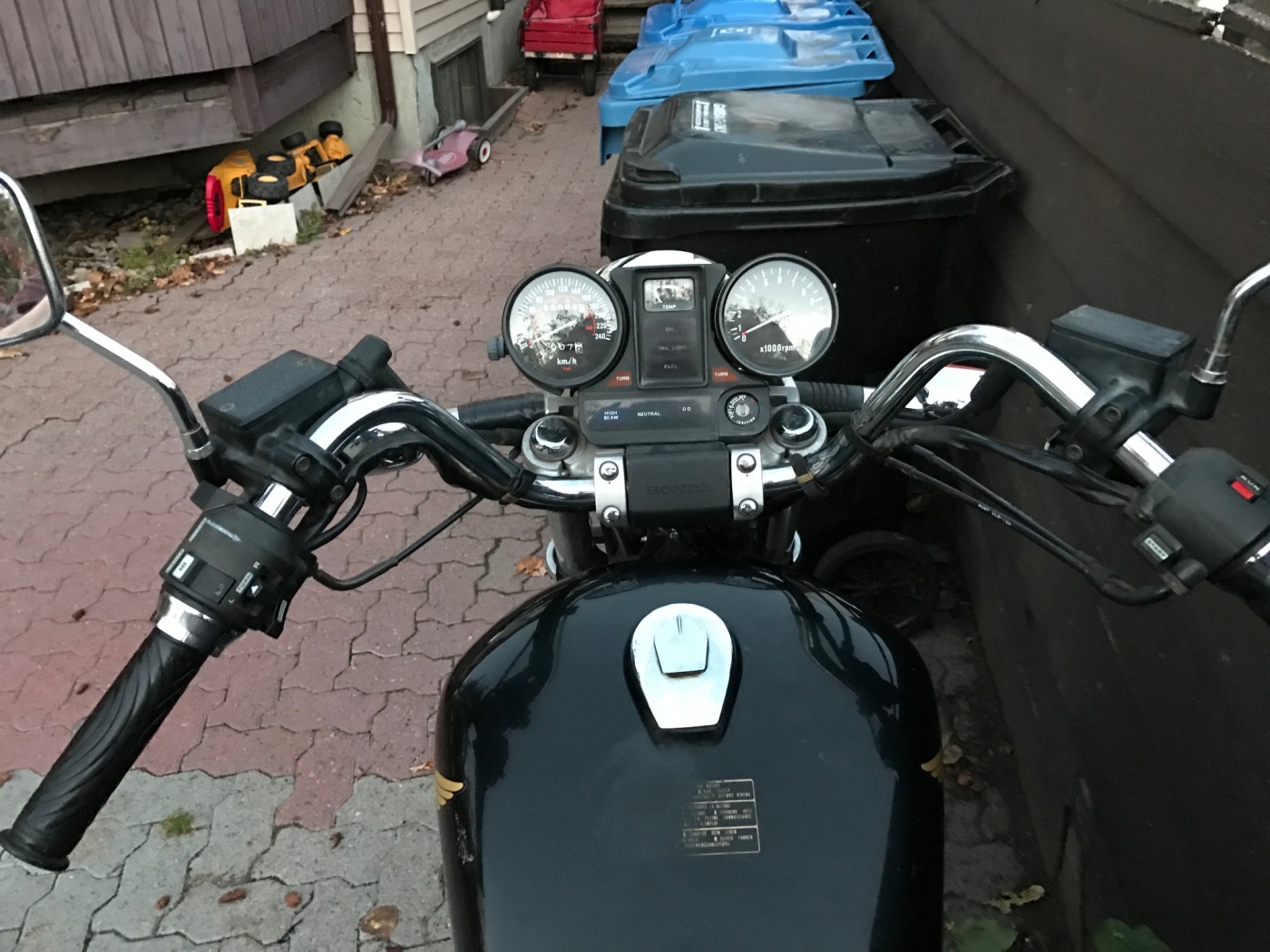 In my first bike post, I mentioned several issues, one being that the low fuel indicator does not work. Here is my journey in figuring this issue out:

Possible Work Around for the cheap/lazy: Watch the KMs on your trip meter. Once it gets to 200km, get gas and reset.

To understand what is wrong with a system, you must first understand the system. The low fuel indicator system consists of several parts:

It also helps to understand what sort of sensor is involved with your particular vehicle. There are buoy sensors, like you see in the back of toilets (a floaty that raises with the fuel level). There are thermal sensors, like my bike has. There are other sensors too!

To test what the issue is we want to work in a logical order, but also prioritize by cost/laziness/likeliness of the problem. We can “test” by simply replacing parts until it works, or we can test that each individual component is working to save cash. Wires are cheaper than bulbs and sensors, but a pain to replace or troubleshoot at times. Sensors may be screw-in/bolt-on, but are more expensive than bulbs and require the tank to be near empty (to avoid spilling gas during the process). Bulbs might be cheap, but also might require removing a face plate to get at. Hmmm. So they are all kind of annoying.

Lets look at the different tests we can perform though to help us decide where to start:

We should start with testing the indicator. It is the simplest test as it just involves turning the key. Also, it eliminates 1/3 of the potential problematic parts.

Here are the basic steps to how we are going to test for the source of the problem today:

Okay, now that we are settled on what to do, lets see how it pans out for me!

First, I start the bike. 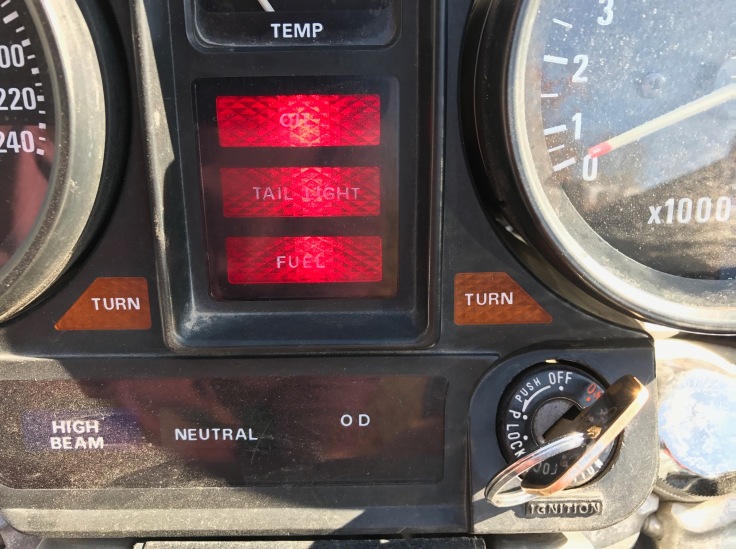 It lights up! That is good and bad. Good because the indicator works fine, and also any inline fuse does as well. Bad because now we have to do more debugging 😦

Next up is the wiring. Please be careful not to shock yourself during this step. Use a jumper cable (not the car kind, just a short cable with insulation and exposed ends) or an insulated tool if you feel daring I guess…

I like to live on the edge so I used an insulated knife… the low fuel indicator lit up right away! Phewf! The wiring is fine. I dread the thought of opening up sealed bundles of wires. That leaves one part: the sensor.

There are three options now: replace the sensor, fix the sensor (sometimes this can be done!), or live with the issue and develop a workaround. Research time!

Now, I should probably take the sensor out and test it before moving on to the “part ordering” stage. I am not going to do so, because that requires having a near-empty tank. I will test it later, but at $2/part I really would rather take the sensor out just once instead of once to test and once to fix.

With the part on the way, it is just a matter of waiting until it arrives (and waiting until I have used most of my gas up) until I can make post #2!