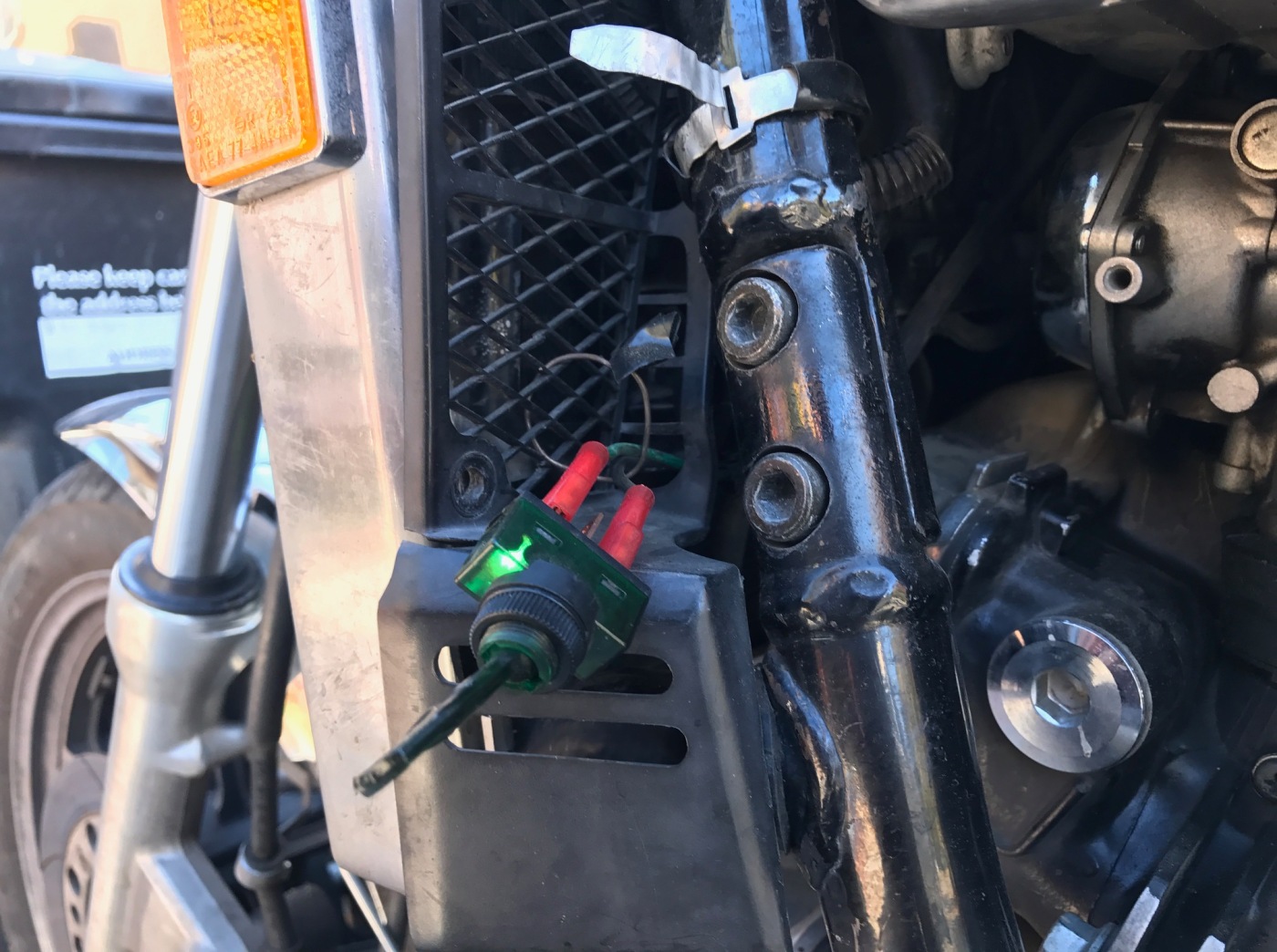 I recently bought a Honda VF750C. One of the “quirks”, as the previous owner called them, was that the rad fan has a toggle switch. Today, I am investigating why it was installed and how.

Speaking with the current owner, he has never noticed the bike overheating… even during rush hour city traffic. The toggle was set to the On position when I bought the bike, so the fan is always running. Not very efficient, and not good for the life-span of the fan if you ask me…

Since this is an old bike, it makes sense that some of the sensors have started to fail. Electronics do not last forever, especially when they live inside tanks of liquid (like coolant, fuel, etc). Also, there are three ways people wire these switches: either they replace the sensor in the circuit, they bypass the sensor (sensor still in place, but the switch in parallel with it), or they bypass the circuit altogether and wire straight into the battery. Wiring directly to the battery would bypass any inline fuses, and is not safe. I took off the plastic cover on the left side of the bike to reveal the temperature sensor. 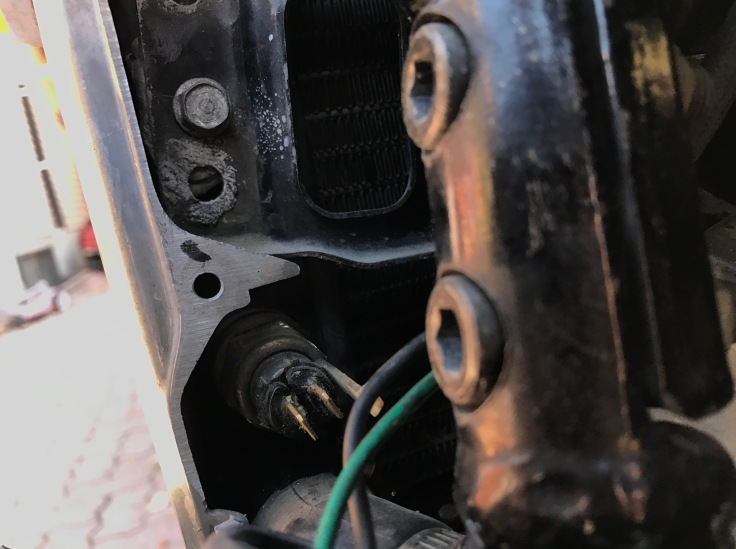 The part with the two bare prongs, that is the sensor. It actually is a thermal switch, which means it works just like a toggle switch but instead of being “tripped” by someone moving a lever, it is “tripped” by heat. I do not know any way to repair a switch like this, so I am left with two options: replace or workaround. The previous owner put in the workaround (the toggle switch), but instead of leaving it I will do some research and see what options I have for replacing the part.

Finding out the Nissan part number opened up the door to a variety of replacement options:

The cheapest option happened to be the first one on the list (Airtex 1S4347) from an American website called rockauto.com, and was $48 CAD including shipping and taxes. Not bad considering the other options for the part. $48 is still a bit much for something that might not really matter short term, but this is a project bike so I am going to spend it anyways.

Now I have to wait a month for it to arrive! Part 2 will be coming some time this winter!